Home » Kyokushin interview » Marina Skamarokhova: That evening I heard that Shihan wasn’t mistaken about me

Marina Skamarokhova: That evening I heard that Shihan wasn’t mistaken about me The champion in the “Kata” section and the prizewinner in the “Kumite” section Marina Skamarokhova shared her impressions of her first trip to Japan and her participation in the International Friendship Karate Championships (IKO Nakamura). The tournament was held on December 9, 2018 in “Maishima Arena”, Osaka (Japan).

The Ukrainian team consisted of 6 athletes, and, according to the results of the tournament, 5 medals were won.

Marina, tell us about how you got to this tournament?

I think that every person has dreams and desires. It seemed to me that my dream couldn’t be fulfilled for at least a couple of years.

I will begin from the moment when I was told that I’m to fly to Japan and that’s final.

The person who believed in me and gave the opportunity to take part in a tournament of this level was our mentor – Shihan Sergey Vsevolodov.

What was going on in my head, my feelings, can’t be described and expressed in words. It was a whole firework of emotions. Maybe for someone such a trip is nothing special, but I was bursting with happiness and joy.

The financial question is always very difficult for an athlete and plays a big role in any tournament. Who financed the trip?

Yes, that’s true, the question of finances is always acute for almost any athlete, and sometimes the mere desire to take part in a tournament is not enough. If you don’t have the means and much less the sponsor, you can only dream of a trip like this. Like many of my friends, I pay for my trips from the family or personal budget.

From a financial point of view, this trip was very difficult for me and my family. During 2018, I took part in various tournaments, a summer school, where I passed the dan-test, and recently we had returned from the European Championship and were going to another one. Therefore, this question bothered me greatly and it was the only reason why I can’t get to this tournament.

We talked with Shihan, and he said that he would pay for that part of the cost of the trip for which I won’t have enough means. I am very grateful to him for his faith in me and my strength. This person believed so much in our joint result that he was ready to pay my way to Japan.

How was the preparation for the tournament?

I was preparing for the tournament together with my coach Dmitry Aikin and Sergey Vsevolodov helped remotely. With each training, it seemed to me more and more that I was weak and needed to train better and more. I had crazy rhythm of the day during this period. Three trainings per day, plus two children’s groups, studies, a lot of personal affairs.

I was preparing both for Japan and the European Championship which was held before the championship in Japan.

In the process of preparation I was very afraid of being injured and of course that’s what happened.

The European Championship was successful, but there was very little time for a full recovery. Well, okay, when that stopped me anyway?!

And so the week before the championship in Japan, but it still seems to me that I am not ready even after successful performance at the European Championship. I was told that I needed rest, but I thought the opposite and did not stop my training for the next tournament.

How did you endure the flight? Many are afraid to fly, especially over such long distances.

The road was very long and hard. First we went to Kiev and from there by plane to Frankfurt, where we made a transfer to Osaka. It was the longest flight in my life, 12 hours long. It was very scary, but thank God, that everything’s alright and I think it wasn’t worth worrying so.

Japan is a dream come true. Tell us about the dream country and your acquaintance with it.

During the flight, I still could not fully believe that this was happening to me. I dreamed about it so much, you all have no idea how. And so it happened. When we landed and went to the airport, I’d already forgotten the whole long road and the waiting hours, it all faded into the background.

Osaka is so beautiful and big. Although the guys told me that Tokyo is even cooler, but for me everything I saw here was already like going to a space trip.

I have never seen anything like it in my life. Osaka fascinates with its bright lights and colors. And these temples, such seen only in the movies. And even the rain did not eclipse all the beauty of this gorgeous city.

There were a lot of people both day and night and it was interesting to watch them. It’s funny how they’re inviting people to their shops and constantly shouting something. They’re very cheerful and smiling.

I was so worried and nervous that I would woke up at night and it seemed to me that it was time to get ready and I began packing. This feeling hadn’t left me for a few nights. From the excess of emotions and nerves, I even talked in a dream. The fear was great. I was very afraid not to meet expectations. After all, I was given such an opportunity, and it was a great worry that I would let down everyone who helped me and trusted in me.

I had strong jitters before the performance, my whole body shook. A couple of slaps in the face from Konstantin Peshenko brought me round and I calmed down. Because of all the excitement and worries, I didn’t even get how the kata tournament ended and I only remember how the winners were announced.

When it was told that I took the first place, I was shocked, and the smile couldn’t left my face.

Then there was a very cool and beautiful opening ceremony. And here I am, and my rivals are near. They seem so strong and though. My fight was the first on one of 10 tatami. In total, I had 4 fights.

And here’s the final with a very strong Japanese girl, but she had an unvaried technique and didn’t use anything but direct blows to the chest and low kicks. We didn’t have a difference in weight, but she was lower in height. In the course of the fight, I hit the Japanese with my hand in the face. Our battle was postponed. I understand that this is my last chance to gather my strength and complete the fight in my favor, but again I hit opponents head with my elbow. The outcome of the battle was the second place. I was ashamed and afraid that everyone would be disappointed in me.

Together with me in the tournament were athletes from our Federation, who also performed well. Taking this opportunity, I want to congratulate the father and son Konstantin and Nikita Peshenko on their well-deserved first places in “Kumite”.

Congratulations to Maxim Sapyaniy with the 2nd place in the “kata” section. I think that in the future we will definitely see him taking the first place in the World Championship.

Alexander Kostenko performed very well, but lost by the decision of the judges. I think that he will succeed in the future.

I also note the good performance of my teammate Boris Buliskeria.

What were your feelings after the tournament?

On the way to the hotel, physically and mentally exhausted, we recalled our performance. And somehow I couldn’t not believe that the tournament had already passed.

That same evening Shihan said that he wasn’t mistaken about me. I can’t describe what a great feeling it was. Made me cry.

We had a few days to enjoy Osaka. I already looked at it differently than before the tournament.

To be honest, there was some kind of emptiness inside. But I quickly filled it with new goals and dreams.

I want to thank our Shihan Sergey Vsevolodov!

Osu! Thank you very much for believing in me and giving me this great opportunity. All of it couldn’t be possible If wasn’t for you! Thank you for fulfilling my dream! You are the best!

Thanks to the team, especially to Konstantin Peshenko, for the support and good spirits.

My relatives, I love you so much, you always know how to support me. All these days of my absence you almost didn’t have a sleep. Without your support, I wouldn’t be on a pedestal.

Thanks to the coach Aikin Dmitry for the training and to all my friends and acquaintances who also supported me and didn’t let me lose heart! Even people who are strangers wrote letters of support, which was very nice of them.

Special thanks to those people who, for reasons I can’t understand, really didn’t want me to fly. Moreover, these people are from my close circle. I think that they should be ashamed. Jealousy? Hatred? Anger? Offense? I don’t know!

I will not stop and continue to go further, to the new heights. Osu!

P.S. I forgot my trainers in Japan, I’ll come back for them and for the first place in kumite!

Translation to English by Nikita Aikin 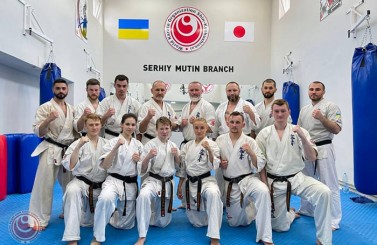 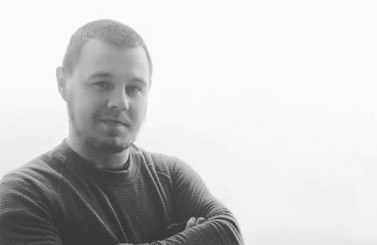 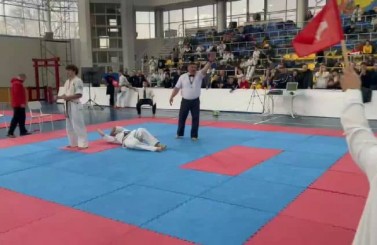