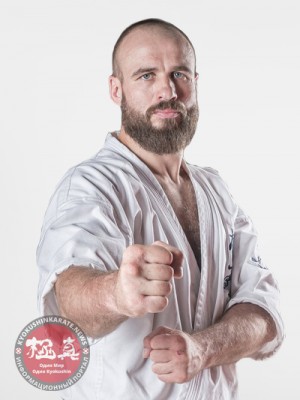 Director and founder of the school MAD MAX DOJO, Branch-chief of IKO branch in Moscow.

Winner of the Absolute championship of Japan (without weight categories)

3 times champion of Russia in Kyokushin